Christianburg, located on the west bank of the Demerara River is Linden’s first settlement, and was known as Stabroek in the 19th century. Originally, a Dutch settlement, the inhabitants were mostly involved in balata and rubber bleeding and later the planting of sugarcane. It was later renamed Christianburg in honour of Governor Christian Finette who joined his first name with his wife’s family name Burg. After the English invasion in 1803, a Scottish Engineer named John Dalgleish Patterson was invited to construct living quarters for Government officials. Patterson remained on the plantation after the living quarters were completed; he harvested sugarcane and later operated a saw milling business.

Wismar is also located on the west bank of the Demerara River and owes its origin and name to German migration during the period 1830-1840, when over 500 German migrants ventured on to the shores of British Guiana after the emancipation of the enslaved Africans. Many of the migrants died while on the lower coast of British Guiana; those who lived moved up the Demerara River, settling at Wismar. Wismar became a vital central point for the men and women (Pork-knockers) who plied the gold and diamond areas of the Essequibo-Potaro district, and was also the headquarters of Sprostons Limited, the company that operated a steamer service from Georgetown to Wismar.

In 1916, with the discovery of bauxite, the economic balance shifted among the settlements and major activities were now occurring at the new settlement on the east bank of the Demerara River, known as Mackenzie. Mackenzie was named after the geologist Mr. George Bain Mackenzie. It has been suggested that Mr. Mackenzie secured the area for mining operations under the pretence of cultivating oranges on the land. Some historians go as far as saying that “he stole the land.” 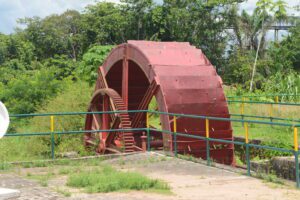 Watooka House is a three-storey early 20th century colonial building that started out as a privately owned establishment.  During 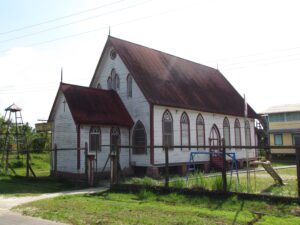 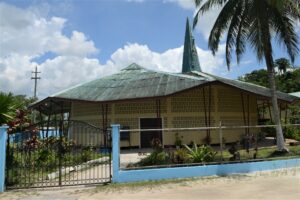 Linden Hospital Complex (Mackenzie) is located on Casuarina Drive and consists of two buildings; the old and the new 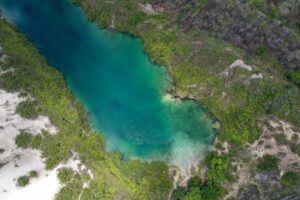