Brief History of the City of Georgetown

About 27 Kilometres (17 miles) up the Demerara River, between the communities of Caledonia and Te Huis te Coverden on the east bank of Demerara, lies Borslem (Borsselen) Island. In 1753, the Dutch established this small isle as the capital of their colony of Demerara but Borslem eventually became so congested that the colonizers were forced to consider alternative sites for the eventual relocation of the new capital.

By 1781, however, the Dutch had lost Demerara and its sister colonies of Essequibo and Berbice to the British. Thereafter, Lieutenant-Governor Colonel Robert Kingston and his military forces decided to construct “proper buildings for Public Offices at the Brandwagt.” The brandwagt (lookout, signal or guard-station) had been erected in 1748 on the former site of a trading post established earlier by Indigenous People inhabiting the area. The brandwagt site – a swampy strip of land on the eastern bank of the Demerara River, was a reserve between plantations Vlissengen (Flushing) and Werk-en-Rust close to the confluence with the Atlantic Ocean. Seeking to control access to the Demerara the British built Fort St. George on Company Path, another reserve between plantations Vlissengen and Cummingsburg. Fort St George was then the military base and the brandwagt strip proposed as the site for new construction intended to house the administrative headquarters of the fledgling colony. The British occupation was short-lived, however, as French forces invaded Demerara early in 1782 and the Fort was demolished in advance to prevent it falling into enemy hands.

The French quickly constructed new defences; two forts were established: Le Dauphin, on Plantation Eve Leary at the mouth of the Demerara at its easternmost point, and La Reine on the opposite, west bank. Intent on establishing a formal capital in the conquered colony, the occupying forces also began improvement works at Stabroek and a new Governor’s House was built at the brandwagt. With the brandwagt as the nucleus, the surrounding district gradually evolved as the core of Stabroek, the administrative seat and key ward (district) of the new capital.

Brickdam (Brick Dam), initially a raised earthen dam surmounted with a brick-paved walkway, evolved as a central public thoroughfare of Stabroek. During the French period, two canals were dug at the town boundaries: the first parallel to Croal Street and called North Canal, and another – South Canal – along Hadfield Street. Westward, along the Demerara river front, various ‘stellings’ (wharves) were erected in the Newtown district catering to the booming colonial shipping trade. These were the boundaries of the fledgling town which the French called La Nouvelle Ville or Long-champs.

The Dutch regained control of Demerara in 1783 and La Nouvelle Ville – called the ‘City of Demerara’ by the Dutch – was renamed ‘Stabroek’ on September 14, 1784. The name was chosen in honour of Nicolaas Geelvinck, Lord of Castricum, Bakkum and Stabroek, and President of the Dutch West India Company from 1764 to 1787. Le Dauphin was renamed Fort William Frederick, after William I (Willem Frederik, Prince of Orange-Nassau).

By 1796, the British had retaken Berbice, Essequibo and Demerara and continued the extension of the town’s limits. By 1800, Stabroek included former plantations Werk-en-Rust (incorporated January, 1799), Newtown, and Cummingsburg (La Bourgade). Kingston, on the front-lands of Plantation Eve Leary, was a small village near Fort William Frederick. A petition was laid before the Court of Policy in 1804 for George Lacy’s leased portion of Vlissengen to be included in the growing township; ‘Lacytown’ was eventually incorporated into the municipality.

On May 5, 1812, the urban area that had grown up around Stabroek, from La Penitence to Kingston, was collectively renamed ‘Georgetown’ in honour of King George III of England. By 1824, Georgetown comprised the following ‘wards’ (districts) and suburbs: Kingston Village, Eve Leary, Cummingsburg, Robbstown (originally Bridgetown/Albinus Suburbs), Lacytown, Newtown, Stabroek, and Werk-en-Rust.

On March 1, 1837, an ordinance was passed by the governing Court of Policy creating the office of a Mayor and Town Council for Georgetown and authorizing the election of 11 Town Councillors. The first Town Council election was held between March 31 and April 15, 1837, with the Honourable John Croal, emerging as the first Mayor of Georgetown.

By the early 1840s, the population of the City had mushroomed mainly due to the influx of indentured workers coming to work on the sugar plantations of amalgamated British Guiana. On August 24, 1842, Georgetown attained city status by Royal Warrant and remains the only city in Guyana. 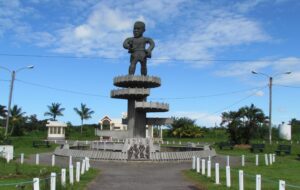 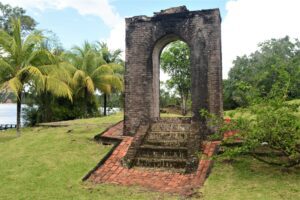 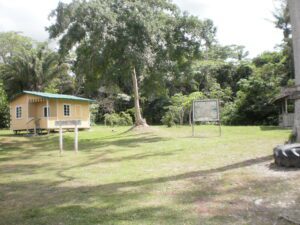 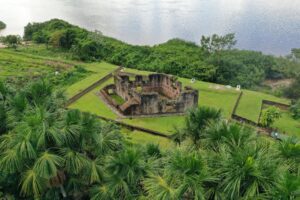 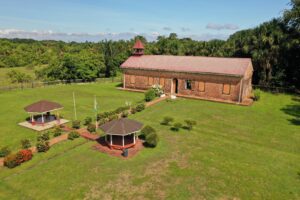 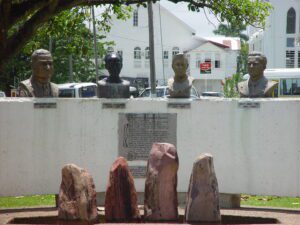